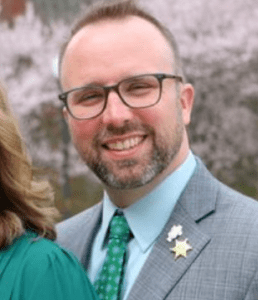 In 2014, Princeton Church of God, located in Princeton, NC was a struggling congregation.  The church had an average weekly attendance of 150 and was deeply divided.  Deep conflict existed over music styles, chairs vs. pews, and several other items.  It was in this environment that God called Matthew Cornett to pastor.

What has happened in the following eight years has truly been a move of God.  The church experienced 17% growth during the pandemic year of 2020 followed by 30% in 2021!!!  The church now runs over 700 in average weekend attendance.  Lives are being changed.  And through a partnership with INJOY Stewardship Solutions, Princeton Church recently exceeded its campaign goal by $1.5 million!  We recently sat down with Pastor Matthew to learn the best leadership practices needed to generate and sustain church growth.

Construction of new facility as well as renovation of the current facility. The goal was $2.2 million

Pastor Matthew was not called to be a church planter.  Rather, he was called to help recuperate and revitalize a church.

Pastor Matthew said, “Trust the Head, the Cornerstone of the Faith and what He is calling you to do.”  Pastors of today’s growing churches know obedience is more important than systems or the latest trends.  He said, “Hear the voice of God and do whatever He tells you to do.  And He’ll honor that.”

Upon being voted in, Pastor Matthew did not stop there.  He continually reinforced what God told him was the church’s core issue.  “For a year, every message I preached had a thread of unity built into it.”  He stayed on message as God reconciled countless relationships.

Pastor Matthew acknowledge, “My staff was the reason this was successful.”  They freed him up to do what he did best and what God had called him to as the church’s pastor.

As the church’s capital campaign began, a minimum goal was set at $1.5 million, with a high goal of $2.2 million.  But Matthew trusted God for audacious things and wanted to exceed any bar set by INJOY Stewardship and their consultant Jeff Shortridge.

Pastor Matthew was trusting God for great things but he owned his role in the campaign’s success.

It is one thing to meet with high-capacity leaders.  It is another thing completely to cast a compelling vision and call these individuals to sacrificial action.  This is where Pastor Matthew excelled.

Shortridge coached him through the structure and language of these times together.  Pastor Matthew would ask his leaders, “What’s your favorite part of the church.  What do you love?  Why do you come to the church?”

For these meetings to be effective, it required personal growth from Pastor Matthew himself.  The advice he now gives pastors is, “Get over guilt.  You’re not raising money for you.  All you’re doing is asking people if they want to be a part of what God is doing.  So get over yourself.”

An additional benefit of these meetings was it honored those in the church who were asked to attend.  As a result, it strengthened the relationships between Pastor Matthew and church’s high-capacity leaders.

Strengthening these relationships also gave Pastor Matthew a unique insight into the minds of high-capacity leaders.  He observed, “As pastors, we sometimes accuse leaders of controlling when all they’re doing is leading.  All they want to do is be heard.  They’ve never been afraid to give me their opinion, but they’ve also never been afraid to say, “I’m not the CEO.  You are.’ Let them speak.  Just because they disagree with you doesn’t mean they’re not going to back you.”

Stewarding the Pastor’s Time and Calendar

The most valuable component of a capital campaign is the pastor’s calendar and his or her willingness to meet with key leaders.  The following is Pastor Matthew’s advice:

As previously mentioned, the campaign results were incredible!  The church received commitments of $3.7 million!!!  To God be the glory!!!  This was $1.5 million above their goal.

There are now busy conversations between the architect, the builders, and lending institutions. The concrete is about to be poured, the steel is about to be erected, and God’s Kingdom is once again advancing in New England, an area where many say it’s impossible to see miracles like this.